What in the World Is Causing the Retail Meltdown? From rural strip-malls to Manhattan’s avenues, it has been a disastrous two years for retail.

There have been nine retail bankruptcies in 2017—as many as all of 2016. J.C. Penney, RadioShack, Macy’s, and Sears have each announced more than 100 store closures. Sports Authority has liquidated, and Payless has filed for bankruptcy. Last week, several apparel companies’ stocks hit new multi-year lows, including Lululemon, Urban Outfitters, and American Eagle, and Ralph Lauren announced that it is closing its flagship Polo store on Fifth Avenue, one of several brands to abandon that iconic thoroughfare.

A deep recession might explain an extinction-level event for large retailers. But GDP has been growing for eight straight years, gas prices are low, unemployment is under 5 percent, and the last 18 months have been quietly excellent years for wage growth, particularly for middle- and lower-income Americans.

So, what the heck is going on? The reality is that overall retail spending continues to grow steadily, if a little meagerly. But several trends—including the rise of e-commerce, the over-supply of malls, and the surprising effects of a restaurant renaissance—have conspired to change the face of American shopping.  Continue Reading >>>

Kelsi Guidry
The Get MyWants blog offers a variety of small business content such as business start-up, branding, project management, websites, bookkeeping, security and more, from a network of knowledgeable business professionals and entities. The Top 10 Business Trends That Will Drive Success In 2018 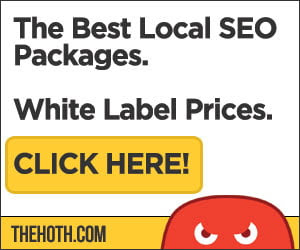 How to Start Your Own Home Business 9 Important Things That Will Grow Your Small Business The Only Tool You’ll Need for Monitoring Social Performance Why Should You Implement Mobile Payments?